I used to worry about everything…

How much money I had (or didn’t have), what people thought of me, I used to worry about my work, how I looked…

You can probably relate?

Enough was enough. I decided I needed to do something about this, and alongside my mentor at the time I went on to remove worrying from my day to day life.

Sure, I still worry about certain things and so will you… But I can manage it easier.

Worrying seriously effects your personal growth, it’s self limiting and it will stop you from potentially taking life changing opportunities.

Here’s how I manage worrying and how you can too.

How To Stop Worrying

Before I show you the steps to handle your worrying, here’s some quotes to put into light how unnecessary worrying really is.

“When I look back on all these worries, I remember the story of the old man who said on his deathbed that he had had a lot of trouble in his life, most of which had never happened.” – Winston Churchill

These habits I’m about to share with you have helped me and others handle worrying better. It’s about being consciously aware of worry, questioning it and then dealing with it. 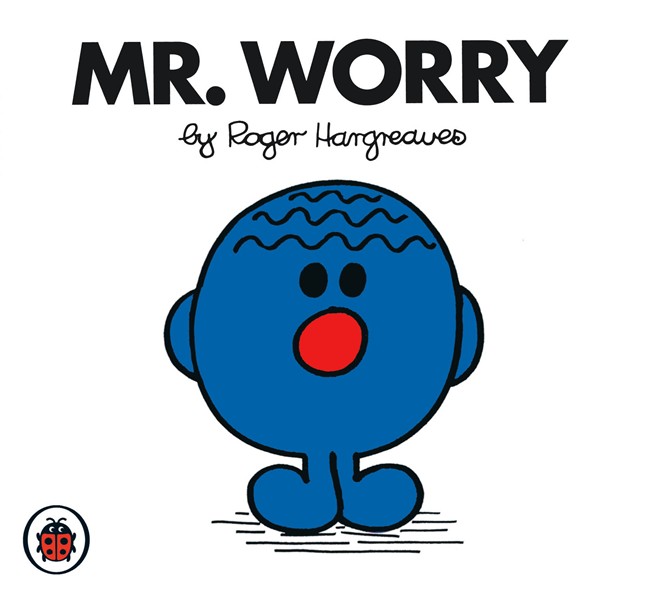 1. Your Becoming A Bad Story Teller

Humans love stories. We react well to them and we also like to tell them.

When you worry you become a bad story teller. Not only do you paint scenario after scenario with no real explanation about how or why that might happen you also forget to include that ‘happy ending’ we all love in stories.

“I can’t believe I made that mistake at work today, my boss is going to call me in to the office tomorrow and probably give me my final warning. Maybe he’ll sack me, then the guys at work will laugh and then I’ve got to tell my wife. My wife… what the hell am I going to say to her? She’ll probably be disappointed, my job is probably why she’s staying with me right now so she’s probably going to leave me once she finds out. Maybe I won’t tell her…” etc.

Ever had a similar thought pattern?

Now looking at that story from an outside perspective, how much of it do you think would come true and how many points in that story could the outcome change course?

Sure he made a mistake, his boss might be annoyed but if he doesn’t give him a final warning everything he worried about after that in the story is pointless. The story will change course and have a different outcome.

Most of what we worry about never actually happens.

How many of the things you feared would happen in the past came true?

It’s important to address this early on, when a worrying thought arises simply face it. Otherwise your thoughts will start to take over and you’ll start to write a story of more worry which won’t come true. 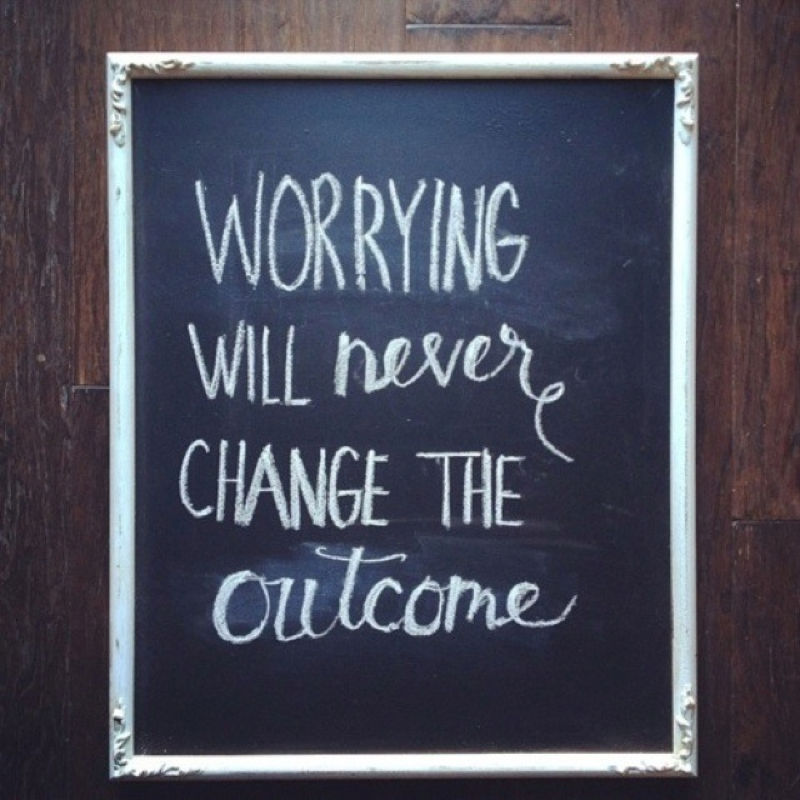 Just remember – The probability that what you’re worrying about right now doesn’t and wont even exist.

Worrying typically involves you thinking about a ‘lack of’ something. A lack of money, a lack of relationships, a lack of confidence, self respect, happiness, a lack of career prospects.

When you focus on what you don’t have you’ll be forced into a negative mindset. A mindset which involves stress, worrying, depression, anxiety and unhappiness.

Doesn’t sound like a nice place to be in does it?

Shifting your focus and your thoughts to what you do have is a simple shift which has a huge impact.

You can find gratitude in the smallest things…

Your health, the sun shining, the rain, the snow, the roof over your head, the opportunities your country offers, your family, your friends, even the food you eat and the drink you drink.

We take the things we do have for granted because we’re always looking at what we don’t have. 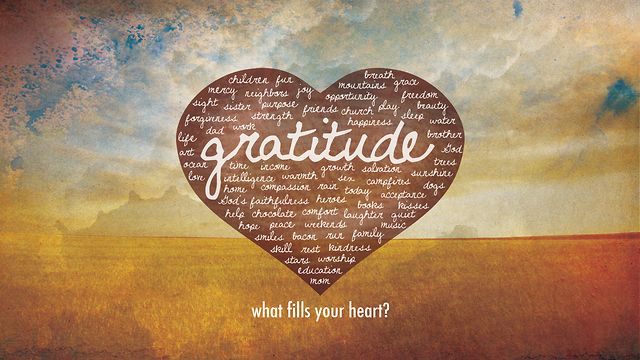 A simple shift to what we have and being grateful for that has an immediate effect on your mind state.

This was a huge breakthrough for me, now when I worry or I find myself feeling stressed I shift to gratitude. I’ll tend to spend 5 – 10 minutes just thinking and focusing on what I’m grateful for.

We take things for granted.

What you have right now is what you’ve created. Your thoughts, feelings and actions over your lifetime have created the situation you’re in right now. You’re responsible for it. If you need to change that situation doing it in a state of worry, in a negative state of mind is dangerous. You’re not going to make good decisions. Shifting to gratitude, seeing the beauty in what you have and then making decisions to change will create a better outcome.

I used to worry a lot before public speaking. The preparation would be filled with worry, sleepless nights leading up to the gig and stepping in front of people was a very fearful situation for me.

Again I painted scenarios about what could happen, what could go wrong and I even considered turning down the job or just not turning up.

Fear is just a comfort zone waiting to be broken.

I faced the fear of public speaking and everything I worried about never came true. The feedback I always got was positive and I did it again and again.

Each time becomes easier once the fear is faced and the comfort zone is broken.

The first time I lectured I had similar fears, now I enjoy it, I’m confident and I never worry about it leading up to each class… 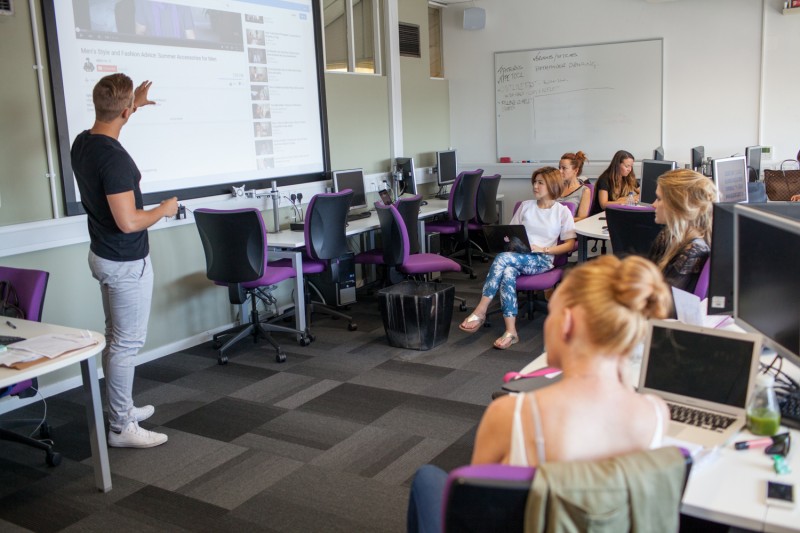 What do you fear? Again fear is just a self limiting thought. It’s a negative state of mind something you need to get out of quickly.

The easiest way to remove fear is to face it. To just do it and see what happens after.

So many people, especially men live in fear. They live in fear typically controlled by their ego, fearing what people might say, what might happen and how it might effect their perception.

Growth stems from outside your comfort zone. Don’t settle with what you have, face your fears head on and become a better man.

Worrying and fear talking to new people because you’re worried about rejection? Face it, go and talk to as many people as you possibly can. You’re painting a story of ‘I might get rejected’ which again doesn’t exist. Go out, talk to as many people as you can and even if you do get rejected push through and talk to someone else. The fear will no longer be there if you continue to face it.

Think about the first time you stepped in to a car. Your first driving lesson, or the first time behind the wheel. Now picture how you felt that day. Nervous, worried, not confident and probably clueless would describe how you felt. After months of driving, and facing that fear think about how you feel now when you step into a car. It’s almost effortless right? There’s no fear, no lack of confidence, do you worry about driving? Probably not.

Use that scenario to remind yourself how important and how easy it actually is to remove fear once you face it. 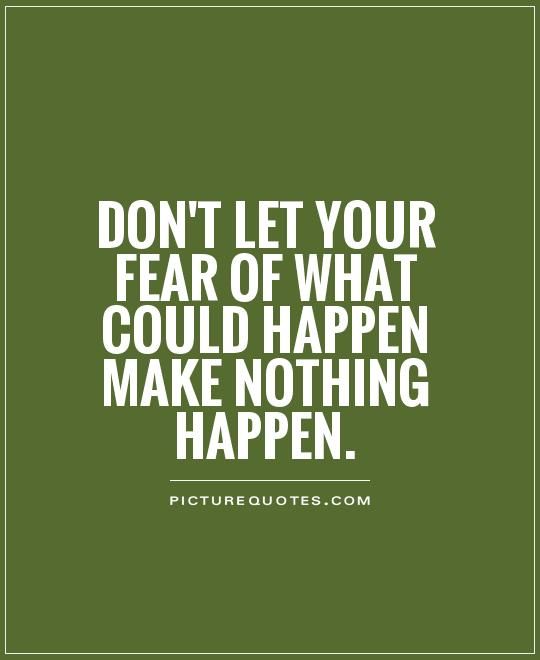 Honestly and realistically, what is the worst that could happen?

A big part of worrying typically involves other people.

We try and control every situation and also everyones thoughts and beliefs about us.

Again I used to worry about what people thought but it’s a simple shift, a simple breakthrough that can easily change the way you see this.

You’re really not that important.

I hate to break it to you, but you’re not.

Everyone else around you, everyone you think is thinking about you and judging you has their own thoughts, issues, and worries to deal with.

You might believe you’ve given a bad impression to your new boss at work but do you think they’re worrying and thinking about you that much? No! They’ve just started a new job role, they’ve got new employees to remember and manage, they may have moved city to take up the job role and might even have other personal emotions they need to deal with. They’re not going to be thinking about you that much at all…

Don’t worry about what people might say or think of you. Again most of the time they’re not thinking about you at all.

Also stop judging others. Typically the people who worry about what people think often judge other people. They’re the ones who lead the ‘banter’, who gossip, and who judge other people for what they do. If this is you, admit it and cut it out. We typically judge others because of insecurities and fear that we’re being judged. 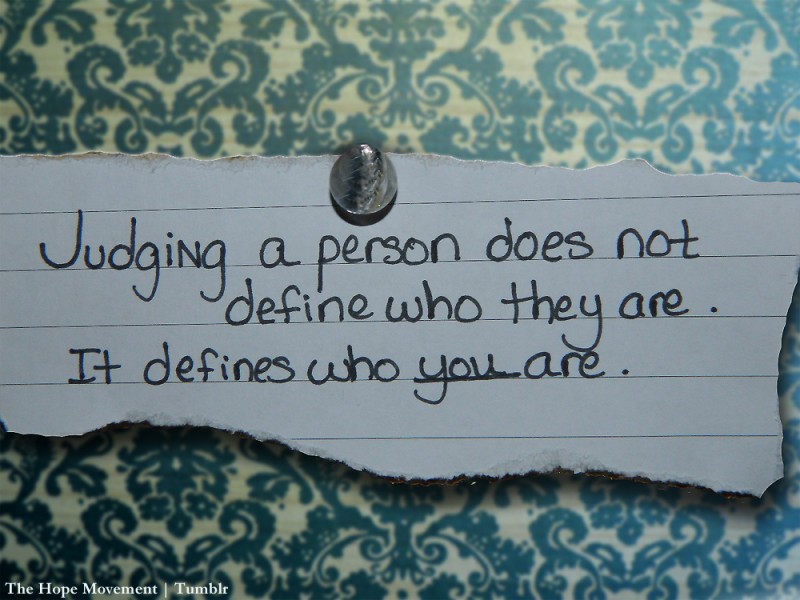 5. Stop For A Moment

Last but not least, just stop.

Do what you need to do to stop and change the worry.

If you don’t stop and address it early on it will continue to build up and it will make it harder to remove yourself from the negativity.

Stop, address the worry early on, deal with it and move on.

Again it could be as simple as thinking about what you have rather than what you’re worrying about. You could listen to some music, sit in silence, meditate, even workout.

Simply shift your attention to something that will put you back into a positive mind state. 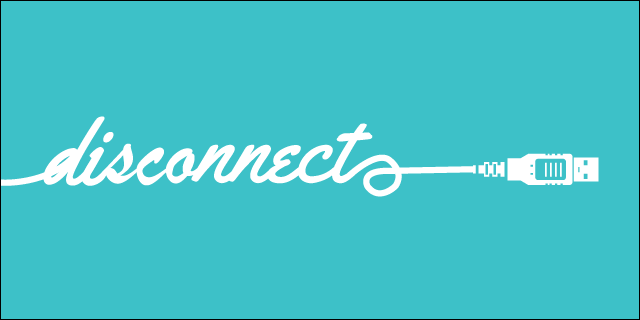 It’s important to address your thoughts and address the worry though. Don’t just mask your thoughts with short term fulfilment as the worries will resurface.

As soon as you become consciously aware and in control of your thoughts (and you don’t allow them to control you) things will start to change.

Take responsibility for your thoughts, take control of them and make change.

So there we have it, how to stop worrying. I wish there was a magic pill to prescribe you but there isn’t. This here is the simplest way of removing worries and in time worrying will become something you can easily manage.

Worrying about something right now? Shift your focus onto what you’re grateful for. Stop, take some time out. Think about what you’re worrying about and stop yourself from creating stories and scenarios of what might happen.

Follow these 5 steps and you’ll start to see change.

Why Multi-Tasking Is Overrated
7 Comments

How To Stop Your Money Worries
Success, The Mental Health Blog, Your Thoughts

This Could Make You Rethink Your Life…
Success, The Mental Health Blog, Your Thoughts

How To Keep Your New Years Resolutions
Success, The Mental Health Blog
Find Out How I Can Help You
Send Me A Message
Together, Let's Break The