Why Social Media is the ‘New’ Smoking

As we approach 2020; there’s a clear trend that’s on the rise amongst young people; and it’s affecting them at a rapid rate. I’m not talking about fidget spinners, nor am I talking about ‘Baby Shark’. I’m talking about Social Media.

“Social Media is the new Smoking, and it’s an addiction.”

Social media is a double edged sword. For me personally, I owe a lot to social media. The people I’ve connected with, the businesses I’ve built and the message I’m now sharing via the powers and attention of these platforms. But I also know how dangerous it can be.

Even the developer of the ‘endless scroll’ has come out recently and apologised to the world for the impact it’s having on society.

I’ll never forget the first time I signed up to MySpace, with Tom as my only friend I didn’t know back then what I was about to get into. But what once started out as a safe haven for communication between close friends and family has turned into a myriad of mental atrocities; and has hit young people the hardest as they are addicted to living in a false reality through their screens.

In fact, social media started out much to the same degree as Smoking. 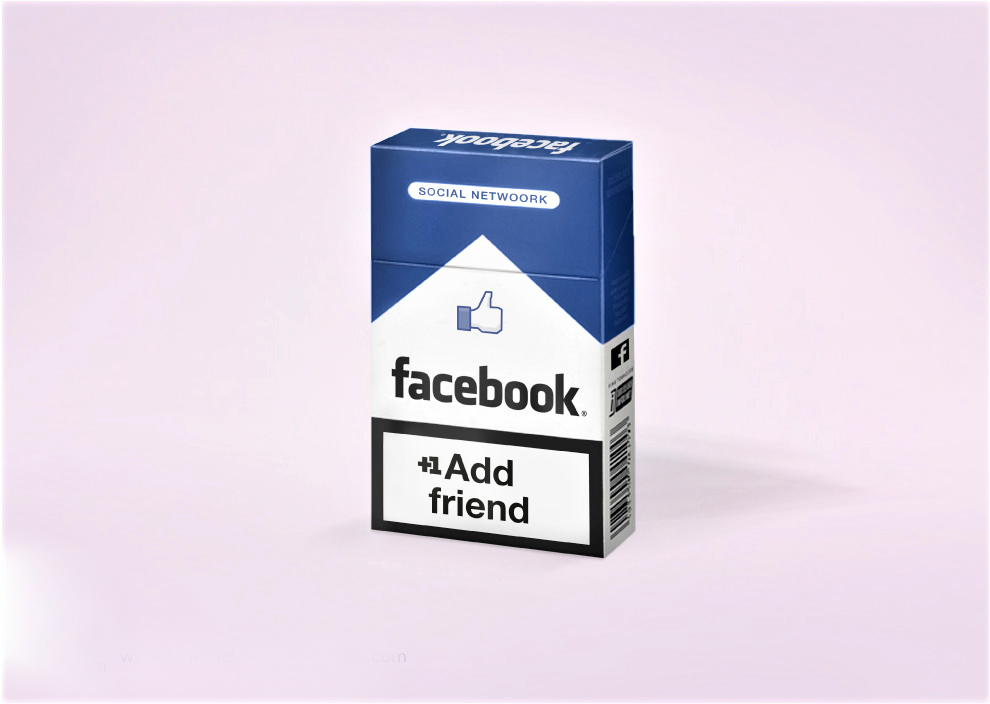 When Smoking broke into the mass marketplace, it was sold like sugar. People couldn’t get enough of sparking up a cigarette, and everybody ‘tried’ it in some way, shape or form. Puffing straights, rolling their own: whatever the form… if you smoked, you were considered one of the cool kids. Overtime however; more recently at the turn of the 21st Century, as research into smoking was being conducted, scientists and doctors found that smoking was extremely bad for the body- both mentally and physically.

I remember my first puff. I was year 7, 11 years old and wanting to nestle straight in with the cool crowd. One of the boys from another school had a pack, and about 5 of us huddled around the back of the sports hall sharing a single cigarette and laughing at those who coughed. I continued the ritual of 1/5 of a cigarette a day until my Mum smelt it on my fingers and jacket after school one day. I knew I’d let her down, I stopped and never smoked again after that.

I think back to why I smoked back then, even though none of my family smoked and even though I was an avid footballer, and it was purely because I wanted to ‘fit in’. Those around me started to do it, so I wanted to try it. At that age, we’re easily influenced by others we spend time with at school.

When my grandparents were growing up, they didn’t have a phone. In fact, they probably only had one phone down the end of their street. Instead of messaging through Facebook; they used to physically meet in person, at a designated place and time. They interacted in person. Now this isn’t me putting the past on the pedestal, I’m grateful of the world we live in today, but spending time with my 94 year old Grandad recently really reinforced the fact that community and physical interactions with people has helped him massively throughout his life.

With more young people having access to smartphones and technological devices, the physical effects of social media are becoming increasingly prevalent within todays society. Now, we all know that staring at a screen for too long can make your eyes hurt; but surprisingly, this is not the only physical illness to come about from social media as more and more children are receiving treatment for repetitive strain injuries as their heads are down and tunnel vision occurs when they are fixated on scrolling through their profiles. 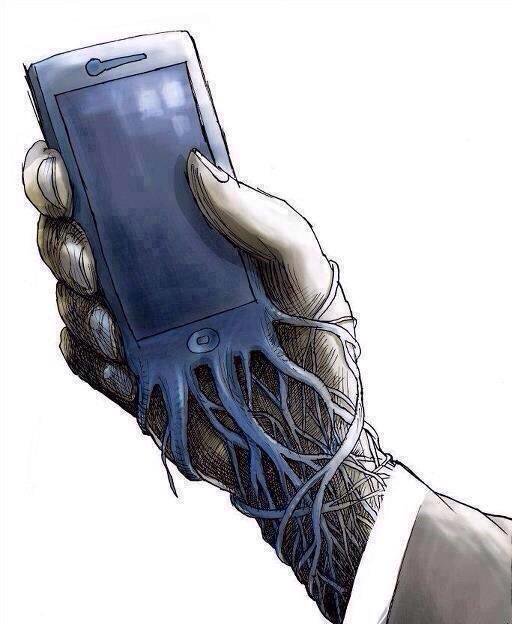 A more prevalent physical and mental illness that has come to the forefront within the last few years is Eating Disorders and Body Dysmorphia, and both go hand in hand. Due to the ‘Thigh gap craze’, young girls and guys are starving themselves to get that ‘perfect’ picture: all for a few extra likes on their social media platforms.

The pressure to conform to a certain style, or to follow their favourite famous faces on social media can make a large number of young people feel excluded, insecure and addicted to trying to fake their way to the top. They reinvent themselves within a fake reality; where they can be whoever they ‘want’ to be. In this way, Social media is an alternate reality; a fake reality. This can lead to disassociation, depression and social anxiety disorders.

It’s not just a fake reality these young people are living in. It’s a real-world problem.

As new technology develops, so do the communication methods and so does the anonymity of young people. Young people in the 21st Century are constantly seeking to reinvent themselves on social media, and this is rapidly become an alternate, fake reality they find themselves conforming to.

Young people are losing their sense of identity and going on tangents at unbelievably rapid rates, which is leading to more sufferers of mental health issues as a result. 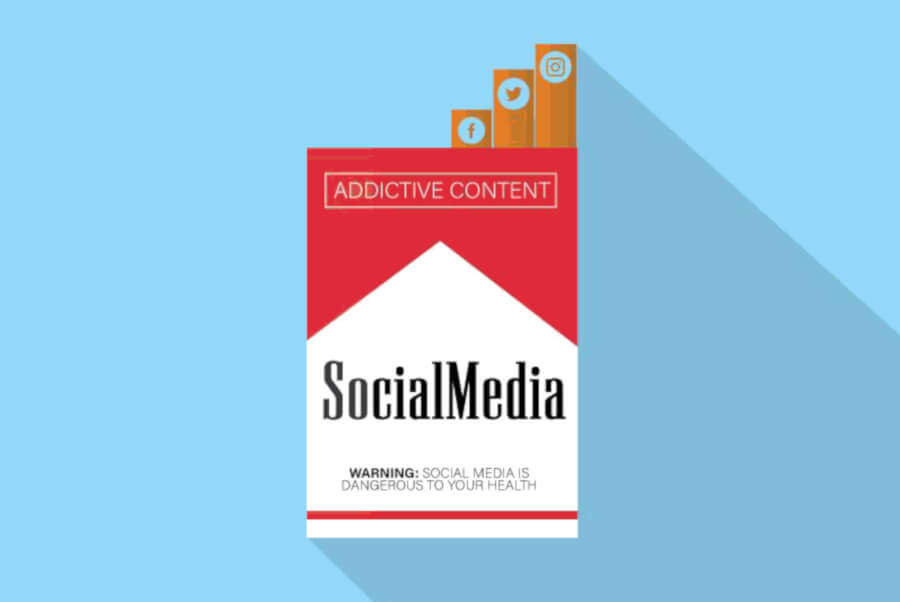 And when the Wi-Fi is down, or they have no money to buy a pack of 20…

This crash leaves many young people feeling unable to function in the ‘real world’ and leads to low moods, low self-esteem, and ultimately poor mental health.

Something needs to change. This needs to stop for the sake of the next generation.

“Why should we stop?”

There doesn’t needs to be a ‘stop’ per-sé, but a shift in thinking: of young people, of the social platform providers, and of society to hault the effect that social media has on the future generations.

What can be done to help?

Although here is no definitive answer; Education is key.

• An increase of education around ‘safe-surfing’ and protecting your identity online for the whole of society
• Re-structuring of surrounding age-verification
• Parents, guardians and care-giving adults to be provided with information about how their child’s mental health can be affected by social media
• Mental Health staff to be made aware of the impact of social media has on young minds
• All social media platforms to screen and filter content using the same methods to keep consistency
• Young people to recognise and rethink their relationship with social media

This issue won’t go away on its own, and neither will social media. In many cases, I don’t think social media itself is the issue just the lack of protection and education around it. But what I do know is it needs backing, it needs support, and it needs to be shared.

It needs to change.

Is social media the new smoking? With it obviously not going away, what do we need to do to help manage the current impact it’s having on people?

What Do You Feed Your Mind?

9 Things Successful People Make A Habit Of
Success, The Mental Health Blog
Find Out How I Can Help You
Send Me A Message
Together, Let's Break The