How To Stop Your Money Worries 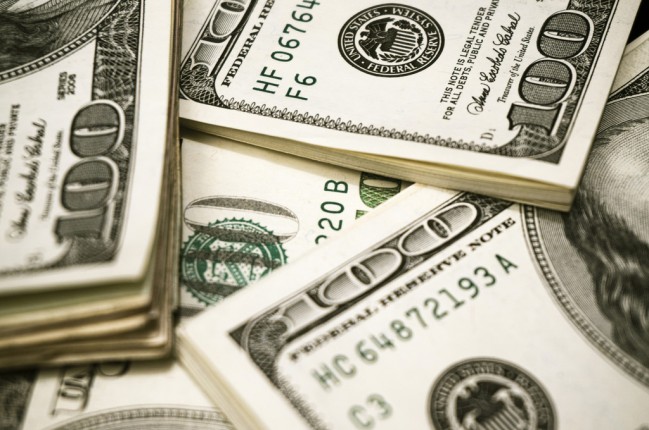 Do you worry about money?

I know I did. Even when I was earning it.

I always worried where the next pound would come from, when the next bill would leave my account and how I could afford the dream lifestyle I’d planned.

My money worries took over…

It affected me, the growth of my business and the people around me.

But what if the money problems you worried about so much didn’t even exist?

What if I told you they were in your head?

I’ve been in debt and worried about coming out of it, I’ve had an £11,592 tax bill handed to me when I had £0 in the business account, I’ve also made over £15,000 in one month but still worried about losing it all.

Money worries can be dealt with, but it’s your mindset towards money you need to address before it can change.

Ever heard the saying “Money goes to money?”

That friend who makes the most money and doesn’t worry about it always wins the most at the Casino, he always wins that Football bet and he freely spends money on things you wish you could.

The money mindset is something I got told over and over again but failed to grasp it.

When I did… my money worries were lifted and I started to generate more money from less work.

But how do you stop your money worries? 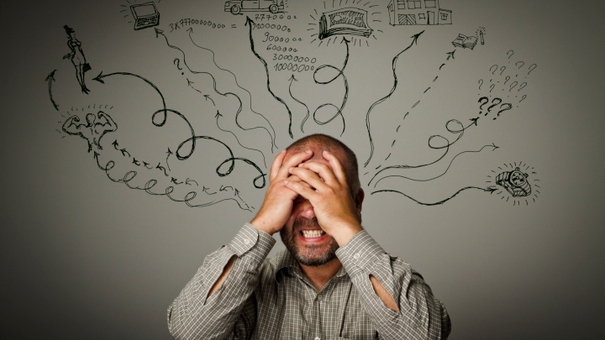 Where Do Your Worries Stem From?

We’re all victims of victims.

The way you were brought up by your parents has an underlying effect on you.

I’m not saying your money worries is their fault, they were of course a victim of their own parents behaviours towards money but the way they see money (and worry about it) is inherited by you.

Let me take you on a quick journey through my personal realisations about my money mindset.

Hands down, I had a huge fear around money.

I saw it as something that was hard to attain, and this belief stemmed from my Dads attitude towards money. He obsessed over saving, and even with an above average salary and money saved in the bank he still looked for the best bargains and budgeted.

He obsessed over money and personally I believe this was a huge reason why he had his breakdown and turned to suicide.

For years he saved for retirement and always spoke about ‘lack of money’ when on paper he was so safe with his money he had nothing to worry about.

When he hit deep depression and just before he took his own life he freely spent his money almost to make up for the past, it was a complete shift in behaviour.

I inherited my Dad’s behaviours towards money and it took me a while to notice it.

After he died I set up my first online business, I invested in my business and I wanted to make my Dad proud. Money worries troubled me massively and even with money in the bank I still worried about the next pound (like my Dad did).

When I hit a level of success in my business a few years back I started to make money I always dreamt of. This time I rebelled against my Dad’s behaviour and spent everything I had.

Because he saved for his retirement and never made it, so what’s the good in saving?

This attitude led me to debt and even more money worries even though I was earning the most I’d ever earned.

As soon as I acknowledged my own behaviours and where my worries around money stemmed from I quickly discovered how to overcome it.

Once you become self aware of the problem and where it stems from it’s easier to relieve.

Did they struggle to get by and were vocal with their money problems?

Was your Dad the one who paid for everything, therefore putting pressure on you to replicate his role with your family?

Were you spoilt and got given everything you asked for?

Trace back to your childhood and see if you discover any links to where your worries around money may stem from.

You may read some blog posts or books which talk about the Law of Attraction and money. I for one truly believe a money mindset will help you attract money (more on this at the end of the post) but I always like to look at things logically…

When was the last time you went through your expenses?

We often pay for things we truly don’t need.

I was paying phone insurance on a phone I hadn’t owned for 3 years. Why? Because I was too lazy to call up and cancel it. It was only £5 a month, but 3 years at £5 left a needless expense of £360.

Do you really need the full TV package? Couldn’t you use a cheaper streaming service?

How much money did you spend on Food last month and how much Food was wasted?

This relates back to living a more minimal lifestyle, because at times we worry about money when really we’re overcomplicating our lifestyles.

The reason it doesn’t is because of what you spend it on. Now it’s of course great to spend £2,000 a month and enjoy yourself but don’t if you’re crippling yourself worrying about money.

Think about it logically, strip back some expenses and stop overcomplicating things.

What’s The Worst That Could Happen?

With money worries (or any worry) it’s important to look at the worst case scenario.

Shift your attention away from your existing worry and think about the worst that could happen. The comparison will make the initial worry seem small, and we all know the worst is very unlikely to happen.

Worry simply stems from fear, and we often make up stories and scenarios in our heads that don’t and won’t even exist.

I explain more about overcoming worry in this video…

The book ‘Money and The Law of Attraction’ by Abraham Hicks as recommended in my 5 Top Self Help Books really helped me get into the Money Mindset.

What you believe you simply attract.

If you believe you’re abundant and wealthy you’ll attract it. Not only will the Law of Attraction come into play but it will also put you into a more positive mindset.

Let’s say you were in a Sales job earning commission. You were struggling to make sales and you needed to make money to pay off debt. When you’re in a ‘lack’ mindset you’re going to be chasing that next sale. You’re not going to be in the right mindset.

You probably haven’t made a sale for weeks and it’s simply down to the worry and mindset you’re in.

On the other hand if you work in Sales you probably have weeks (if not months) when you just can’t stop selling. You can’t do anything wrong, whatever you say you make the sale. You feel on top of the world, you feel positive going into every sale and money is flowing to you. You’re in the money mindset.

Money goes to a money mindset.

To get from a ‘lack’ mindset around money to an abundant one practice gratitude. Instead of focusing on what you don’t have focus on what you do have. A house, a family, a car, a job, a TV, your health, water when you need it, food…

Concentrating on what you’re grateful for rather than what you don’t have will put you in a more positive mindset.

On the other hand know that you can become abundant.

You can attract money.

See yourself abundant, make logical steps to achieve it and you’ll attract money. 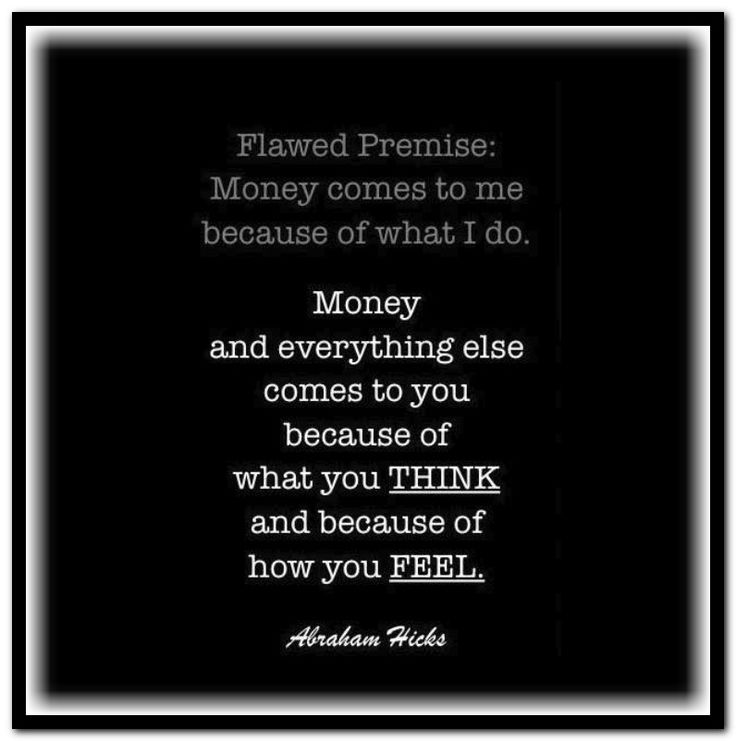 What actually is money?

Centuries ago it actually was valued as something, it was real coins that people valued. Today it’s all digital, it’s numbers you see on your phone, it’s something you can spend by swiping your card over a machine without any verification.

Money is changing and so should your mindset.

Last but not least understand how to make money work for you.Why save your money in a Savings account with 3% interest per year when there’s another option out there offering 8%?

If you have a lot of savings why not look to invest in something to offer a better return and make the money work for you?

Here’s a great article which sheds some more light on it.

Alongside this logical approach to financial intelligence it’s important to get the flow of money in money out. Don’t save, save, save to protect your money insecurities, and you shouldn’t also spend, spend, spend to fill a void of happiness in your life.

Get the balance. Spend and save.

The flow of money is important to mastering the money mindset, don’t dread spending and don’t avoid saving it.

So there we have it, how to overcome money worries and become more abundant.

I’m hoping you had a few ‘a ha’ moments throughout this post, now put it in to action.

Balance the money mindset with a logical approach and you’ll start to overcome your money worries.

How Should We Deal With Emotions As A Man? 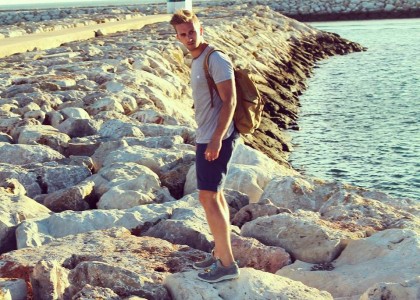 How I Started Letting Go Of The Past

Bulletproof Your Body & Stay Injury Free
Discover More, Ultimate Man Podcast
Find Out How I Can Help You
Send Me A Message
Together, Let's Break The